What a worthy phrase to describe the juggling act between advertisers, politicians, the public and the media. Worth reflecting on in the current focus of interest on the Murdoch empire. Justin Glyn’s article Getting the media we deserve – Eureka Street is something to chew on. To what extent does one participate in the “consent” that leads to the daily offering on the newsstand? How vigorously do we question, challenge, and research the assumptions that select what is newsworthy and how its presented? What courses in journalism do we need to take to even understand how and where to begin?

In the face of the overwhelming nature of such questions do we retire into defeated cynicism, seek to pick up engaged skepticism or adopt selective activism? Or is it a mix of all of these? Just wondering! 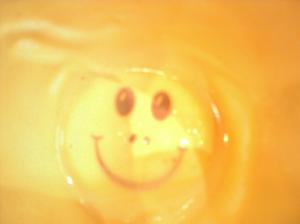 What else can you call it when this stares at you from the bottom of  your coffee cup in the mall?
One can tell that the effect of some annual leave is setting in when…
… you don’t mind traipsing around clothing shops with your SO
… you can relax when standing  in a long Medicare queue
… while standing in the same queue you can notice and appreciate the sheer enjoyment of a four year old’s interaction with his father who is carefully giving a lesson on telling the time.
… You’re not fitfully looking at your watch wondering if you’re going to make the next appointment on time.
… you can hear a phone ring and not rush to answer it.

And there are a few days to go yet!

This was one proposition on Q&A last night – and it wasn’t posed by a “religionist”! The politician-free panel comprised a spectrum of faith and non-faith stances and there was a full ranging discussion in which each panelist acquitted themselves respectfully and well. Interaction was free and relaxed, even when touching on the thorny issue of religious education.

Well worth a look at http://www.abc.net.au/tv/qanda/vodcast.htm

… is alive and well, according to economist Tim Harford.  It’s the idea that problems can be reduced to the kind of manageability that can be addressed by a single series of solutions – all within the province of a particular discipline. Far more effective, standing the test of time, and far more prolific in everyday life, is the humble trial and error approach.

As a bumbling, manufacturer’s manual avoiding,  “let’s see if this works”, negotiator of 21st century challenges, both technical and social, I am encouraged by what he says.

Wagging it from church while on holidays, we turned to what other waggers often confess to me – that’s right “Songs of Praise“.
A stand-up comedian was being interviewed on the role of her faith as she laboured on a demanding routine of gigs. I was intrigued – I see many similarities in our respective crafts – gauging an audience and holding it, ascertaining whether material is “connecting”, knowing when to finish – and yes, dealing with the occasional heckler!
She spoke of the place of the ministry of the arts – something that has been on the periphery of my particular tradition but which is now enjoying a more central place as different Christian traditions blend and celebrate rich diversity.
The court jester, in medieval times, was often the one with keen powers of observation, witty commentary and sage advice. No wonder the sovereign kept him handy when the intrigues of court became dangerously complex.
Yep, could be a place for some sound stand-up comedy in church!
And if any members of my congregation are lurking on this, no promises – I’m just thinking out loud!

… is the name of a nifty little coastal hamlet just off the new Indian Ocean Drive. We ducked in there to grab a bite on our way home. A hefty sou’wester was blowing, but the place seemed so quiet and peaceful. The general store come post office come cafe does a friendly steak sandwich and cappuccino. Apparently this used to be the inaccessible place up the north coast where you could go and build a beach shack from corrugated iron and driftwood. Not any more, although you can still see some relics in the sand-dunes. Real estate is just as expensive here now as in the big smoke. It won’t be long before places like Seabird are caught in the urban sprawl. 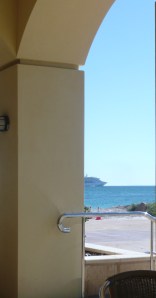 The Princess dominates the port, even peeking through the doorway of the Dome cafe!

We were called upon to share Geraldton with 2000 passengers from the Princess cruise ship today. They were ferried into town by a series of tenders and chartered coaches shuttled them backwards and forwards to various vantage points. We used subterfuge and our GPS to scuttle about between them – second guessing where to avoid the next wave of camera touting, dawdling sightseers so we could grab a quiet coffee and visit our own vantage points so that we could take photos, quietly muse and enjoy uncrowded peace. Geraldton’s media lapped up the port’s one day fame, gasping breathlessly at the multi-million dollar windfall and the promise of more to come as cruise companies increasingly look for ports closer to home. But then, we were just local, land-lubbing tourists ourselves. Funny how we get incensed at the disturbance introduced by our own kind!

… of a chalet at Sunset Beach. Pity it’s only for a few days. 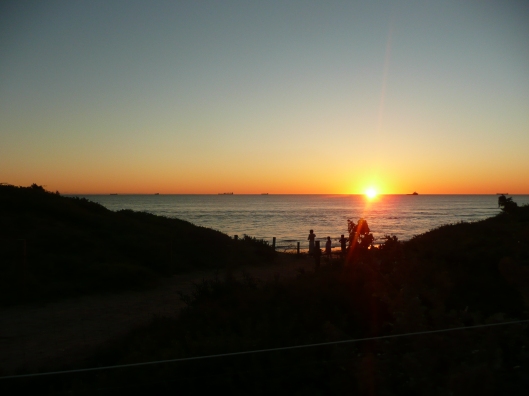 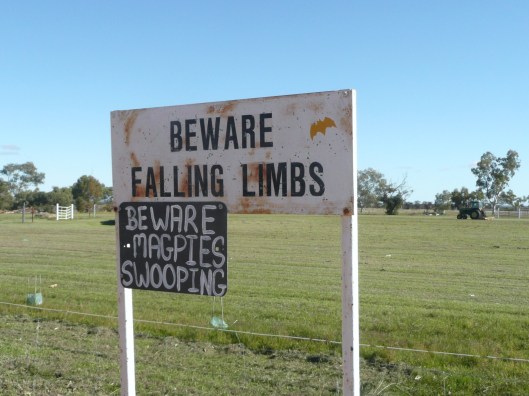 The recent niqab controversy has given rise to more, mostly media orchestrated, controversy over the role of Islam in western society.

At least one newspaper has had the civility to canvas a range of Islamic leadership voices on current issues often commented on “in the third person” : Australia’s Imams on Osama, tolerance and Sharia law | Herald Sun. Read well to be fully informed.

Doesn’t take long for some other newspapers, as pointed out by a colleague this morning, to create hysterical headlines from the same comments. Show me in the article above where “Muslims are demanding their own laws”!!!

Everyone should have a cup of tea, a Bex, and a good lie-down.

The same colleague asks where are the church leaders questioning the media’s role in fanning such mischief. Well here’s one.