Somehow I felt I had to justify this sermon title for John 15:1-8 at our combined Uniting Church/Church of Christ service this morning.

During the week, with ANZAC Day music playing in the background, while I exegeted the Greek text of “abiding,” my attention was drawn to jazz variations of the ubiquitous commemoration hymn, “Abide with Me.” Here is what I listened to and played to our combined congregations this morning.

The “I am” sayings attributed to Jesus in John’s Gospel are the set piece that gives rise to expansion, repetition and poetic exploration much in the way a jazz orchestra explores a theme. While we listened to the BJO’s rendition of “Abide With Me” we noticed the cornet setting the main theme as the accompanying instruments almost champed at the bit, waiting for their opportunities to respond, improvise and interpret, the cornet later rounds them up bringing them back to the central theme.  We then looked at the John 15 passage, observing how the text works in much the same way, illustrating the unity to which abiding in Christ individually and collectively identifies and which cannot be separated.

Yep, we were swingin’ on the vine!

Yesterday was my 43rd Thomas Sunday since ordination, meaning that I have possibly preached this many times on the account of Thomas “not believing” until he had encountered the Risen Christ himself and verified by the visibility of the “marks” of crucifixion.

My understanding of this encounter has gone through a lifetime of development, moving from the Sunday School scolding “to not be a Doubting Thomas” to an appreciation of the complexity of Thomas’ courage and questing faith.

As I was contemplating what further might be said when preparing for yesterday’s 43rd (and possibly final) Thomas Sunday homily, the thought struck me that Thomas could actually be the anonymous “beloved disciple” mentioned at six key moments in the Fourth Gospel and traditionally identified as its bashful author, the Apostle John. After all, according to our account, Thomas had an unidentified twin (Didymus), never named and only mentioned on this occasion.

Now the Fourth Gospel is full of enigma and double entendre and was almost rejected on several occasions from the New Testament canon for its alleged Gnosticism (an early church heresy that feted “special knowledge” and separated spiritual and material realms.)

I have come to approach John’s Gospel as something like the playing out of a Greek drama on a cosmic stage, with each character’s encounter with Christ portraying the questions, dilemmas and struggles of the attending audience, namely you and me. The idea that both Thomas and “the beloved disciple” have represented different aspects of us who are growing in our following has fleetingly appeared in my presentations over the years. But to conflate the two – Thomas and the beloved disciple together – this is a new and exciting thought.

In case I was in danger of birthing a new heresy, I hit Google in the hope of finding some supporting scholarship and found this: The Apostle Thomas as the Beloved Disciple

I found Charlesworth’s arguments compelling and worth exploring invitationally with my congregation, particularly as, over the years,  we have had fraternal connections with Christians from Syrian and Indian traditions, each of which trace their origins back to the faithful work of the Apostle Thomas.

I once nominated Thomas as my patron saint because of my constant questing. I guess this will not abate and I hope it doesn’t.

Atonement Day on the ancient Hebrew calendar marked the day that two goats were brought before the community. One goat was ritually slain, the other, the scapegoat, having had the sins of the community laid on it, was set loose into the wilderness, not to knowingly be seen again.

Anthropologist/theologian Renee Girard cites this as an example of how a society, evolutionally violent at its core, maintains cohesion.

Something like that happened in Australian cricket this week. A sacred code was violated and sacrifices and scapegoats were needed. The media high priests called the shots and the public at large was vindicated. It has arguably been the nation’s most unifying event in recent days.

And now it’s Good Friday and the scapegoat chosen to bear the brokenness of the cosmos was Jesus of Nazareth, the one anointed as the Christ. Believer or not, do not dismiss what this day signifies! It is repeated time and time again, all around us. Good Friday’s scapegoat did not disappear into the wilderness, however. He broke the system, and after tomorrow we will enter a new kind of world!

The little-heralded act of Jesus enacting his calling as a servant and washing the feet of his bemused and scandalised disciples is the act that begins the three-day drama of Easter.

He said to them,

‘Do you know what I have done to you? 13You call me Teacher and Lord—and you are right, for that is what I am. 14So if I, your Lord and Teacher, have washed your feet, you also ought to wash one another’s feet. 15For I have set you an example, that you also should do as I have done to you.16Very truly, I tell you, servants are not greater than their master, nor are messengers greater than the one who sent them. 17If you know these things, you are blessed if you do them.

Alongside the symbol of the cross, itself a scandal, we might well lay the foot-washing basin and towel as a symbol of service for followers of the Way.

Just imagine depictions of the basin and towel adorning church steeples and hanging as pendants around our necks. How would this change the public perception of contemporary Christianity?

To my mind and heart, there is nothing like hearing the Psalms in the original Hebrew. There are many rich renditions stemming from Christian devotion, and they are particularly apt for the death and resurrection themes of the Easter vigil. The Psalms, however, are steeped deep in the Hebrew tradition and are the crucible of the Christian story. So dwell on Psalm 118 while listening to this: 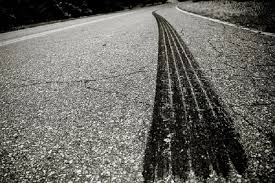 In the closing phrases of his first letter to the Christians in Corinth, the Apostle Paul delivers what biblical scholars call the kerygma – the announcement of the good news of Easter.   From the content of the letter, we can tell that the fledgeling church had some serious issues, and the apostle’s frustration mingled with love in dealing with it all has been palpable.

Here, in his final appeal, he calls them to remember the good news in all its detail. None of it happened in isolation from the grit and challenge of daily living. They are living examples of its power for transformation. So it is with you!

The celebratory feast of accomplishment described in Isaiah 25 is very suitable for an entry into Holy Week, which culminates in the Three Days of Easter (Triduum) that embrace the trial, crucifixion, entombment and resurrection of Jesus of Nazareth who is also the Christ.

Holy Week is confusing to many across the spectrum of Christian tradition. Do we focus on the angst and desolation of the crucifixion or rejoice in the Risen Christ? For many it is an either/or proposition; it seems that we don’t do well in holding both/and in the palm of our hand. Consequently, many of the devout will concentrate on Good Friday devotions, choosing to linger on the pain and suffering of Christ that evokes remorseful pondering of our sinfulness of which crucifixion is accusing evidence, even though forgiveness is to be found there.   The joyful will eschew Good Friday observations as too depressing in the light of what is accomplished through Christ’s resurrection so they will pull out all the stops on Easter Sunday shouts of “He is risen!”

But one does not have to be split between these two approaches which are based on historical responses to two doctrinal perspectives – atonement and theosis. Atonement discussions have dwelt on the nature of Christ’s work on the cross in reconciling a broken world to the eternal purpose of the Creator. Theosis discussions are focused on the process of Christ-filled living that is transformative.  For more, hear Alexander Shaia on this podcast.

Isaiah’s feast, it seems, has room for it all!

Of all the Gospel accounts of the crucifixion, Mark’s seems to dwell at some length over the details of what happened to Jesus’ body immediately following his death.

To quote Julius Sumner Miller’s famous question “Why is it so?”

I’m sure there are other considerations worth noting, but these are enough to keep me guessing for a while!

Today the lectionary gives us Mark’s terse account of the crucifixion.  Why so early? We haven’t even engaged the joyful and celebratory Palm Sunday celebrations yet.

Worship planners are often flummoxed when coming to the Revised Common Lectionary to plan Palm Sunday celebrations. They are confronted with a choice – Palm Sunday or Passion Sunday. Either pull out all the stops on palm leaves and hosannas or focus on what happens afterwards, particularly the crucifixion of Jesus.

Some will opt for celebration – shorter passage, less angst. Others, noting that many eschew the solemnity of Good Friday services, choose the longer passion narrative in order to present the completeness of the passion, crucifixion, resurrection story by the time the faithful return next Sunday (if they aren’t taking advantage of the extra long weekend elsewhere).

Many get lost in the confusion and herein lies the challenge for contemporary Christian communicators. How to convey the drama of the Easter message, the core of the Christian understanding of inspiration, transformation and spent living in a way that entices and awakens a world that is mostly only half awake.

Ancient church rites centred on the Triduum may hold a key. Contemporary reworkings of the practice as suggested by Alexander Shaia in the following podcast may even be a good start to re-entering the journey of Easter:

This Sunday’s Palm Sunday Walk for Refugees from Perth’s St George’s Cathedral will repeat a tradition that has grown over recent years. Palm Sunday events commemorate the entry of Jesus into Jerusalem riding the colt of a donkey – the ultimate symbol of peace. It was a high festival time in Jerusalem with pilgrims from all over the Mediterranean. Jesus’ peaceful entry was in stark contrast to the arrival on the other side of the city of Governor Pilate and his military cohort to reinforce crowd control. Mark 11:1-11 is one telling of the story

Palm Sunday commemorations highlight ways of peace and reconciliation in contrast to dominating powers of coercion and control. It will be a crazy mix, just as the Jerusalem crowds were. There will be contemplative Christians, singing Christians, shouting socialists, bemused bystanders, and those simply seeking to stand alongside destitute men, women and children who have been demonised and incarcerated indefinitely by our authorities for daring to claim asylum in unapproved circumstances.

Together we will be claiming the radical hope that love and justice will prevail. There have been enough Good Fridays. Let Easter Sunday prevail!