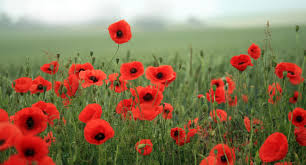 Visitors to Australia are sometimes mystified by the Australian egalitarian penchant for “lopping the tall poppies,” i.e. ridiculing those who, by virtue of excellence in their field, may be at risk of showing a tendency to rise above the crowd either in attitude, eccentric behaviour or even failure to meet popular expectation. We quickly cut them down to size! This may not be as prevalent as multicultural diversity has had several generations now to exert its influence.

Do tall poppies have rights? The average Aussie would say “Of course!” and quickly spring to the defence of those being unfairly maligned in the media. After all, everything must pass the “pub test” (consensus arrived at in a crowd discussion at a public bar as the days’ politics are reviewed.)

In today’s text from 1 Corinthians 9:1-15, the apostle Paul vigorously defends himself against charges that his leadership is wanting and that he is not worthy of any benefit he is receiving due to his role. It looks like a pay dispute! He appeals not so much for his rights but lays out the evidence of his experience and motivation for spending his life in service to the church. For this, he is prepared to lay aside his rights lest they become an obstacle. He makes no claim except for his human need to eat. I think most Aussies would say “Fair enough!” and also rise to his defence.