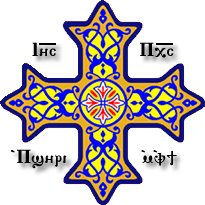 Many of Perth’s Egyptian community endured a sleepless night as the dramatic events of their homeland unfolded and the seat of government changed. Such was the background for the 40th day commemoration of those who died in the Alexandria bomb blast on New Year’s Day following midnight prayers. It was my privilege to attend the newly renovated St Mary’s cathedral in Perth and represent my communion at the Ecumenical Prayer Service for the Christian Martyrs of the Middle East organised by the Coptic Orthodox Churches of WA and the Syrian Orthodox Church of WA.

There is nervousness amongst Coptic people about the future for Egypt, and indeed, the whole Middle East. As a minority people with very deep and ancient roots in the region, they have suffered a great deal. There is no guarantee that persecution will not continue  as opposition to their presence and the drive for sharia law persists, even in spite of strong shows of unity in the recent street demonstrations.

This morning’s prayers were indeed for those who have recently died as a result of their Christian faith, but also for the land of Egypt, that opportunities for a peaceful transition to a just and peaceful life for all  might be availed.

A few of my friends are nervous about Egypt right now. Some are predicting an outcome similar to that of the Iranian revolution. Others see the possibility of the beginning of a new phase of more open and accessible governance as opposed to repressive and despotic regimes in the Middle East.

Truth is, much remains unknown while the dramatic events in Cairo and Alexandria are still unfolding.

Two articles from the last day are helpful in background however.

The first is the Huffington Posts’s “4 Reasons Why Egypt’s Revolution is not Islamic.” It lays a lot of inaccurate comparisons to the Iranian Revolution to rest.

The next is from Jim Wallis (Sojourners) who critiques his country’s role in the lead-up to and aftermath of the current events. His article, Let’s Be Honest About Egypt, concludes:

“There are three crucial tests now which will determine what will happen next in Egypt. First, will the protests that were started by a new generation young people who want a better and more democratic way of life remain peaceful? Second, will the military keep its promise made last night not to attack our “great people?” And will the United States be willing to abide by a new democracy in Egypt that doesn’t have to always agree with American “interests?””

beatitudes, Egypt, Kingdom of Heaven, postaday2011, sermon on the mount

The famous opening lines of Matthew’s account of Jesus’ Sermon on the Mount come up this Sunday. (Matthew 5:1-12).

Contextually, they form the foundation of the manifesto for “the Kingdom of Heaven” that is at hand and announced successively by John the Baptist and Jesus. More contemporary language might replace “Kingdom” terms with the “all-pervading consciousness of the presence of God” that begins within one’s self and one’s community and begins to transform the world in ever increasing circles.

Jesus begins his movement of raising this new but continuous phase of God-awareness in Galilee’s lake district amongst the indentured fishing industry. His appeal is largely to crowds dependent on subsistence economy.

Consequently the Beatitudes are not a summons to behaving in a particular way, as religious leaders of the time may have urged, but a recognition and affirmation  of the poor circumstances in which the peasantry of Galilee lived and the call to a new orientation of how they perceived their circumstances – not as victims of Herod’s oriental hierarchy in collusion with the heavy footed might of Rome, but as God-cherished denizens of a new society operating to selfless yet self-affirming standards of behaviour. These principles will be outlined further as the Sermon unfolds.

Food for thought as the Middle East experiences uprisings in Tunisia, Egypt and Lebanon against systems of rule widely perceived as tyrannical. One might be tempted to ponder how the orientation of the Beatitudes might apply in such circumstances (getting past the fact that many within the crowds are calling for the Islamification of government rule). One recalls the tremendous show of solidarity by the Egyptian populace with the beleaguered Coptic community in the wake of the New Year bombing in Alexandria. However, the call is to recognise the proximity of the Kingdom of Heaven to us. We can only respond from ourselves and not the distant neighbour, no matter how closely we hold them. This response however, ultimately embraces all. See a previous post on how prayer works.

Still pondering, but this is a start!