avatar, Epiphany, I see you, trust 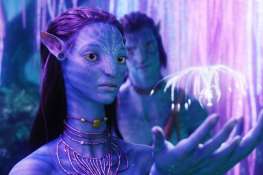 “I see you.” This meme from the movie Avatar did the rounds for a few months. It seemed to be nourishment for a collective hunger in a world which had descended into anonymity and a penchant for the kind of efficiency that codes citizens by number rather than name.

It was a kind of epiphany – an understanding of something deeply significant in order to be fully human.

The Gospel passage by the Revised Common Lectionary for Sunday (John 1:43-51) has two key “I see you” moments.

Philip is first “seen” by Jesus as he begins to gather his close disciples. Philip knows he is “seen” as he immediately goes with Jesus and soon after recruits Nathanael, who is apparently reluctant to acknowledge that “anything good can come out of Nazareth.” Jesus acknowledges and praises his scepticism and “sees” his potential.

Nathanael typifies our natural human response. We fear gullibility within ourselves and develop a protective mask that is only removed when trust is established. The mutual  “I see you” epiphany that then takes place between Nathanael and Jesus reveals a trust for which the world starves.